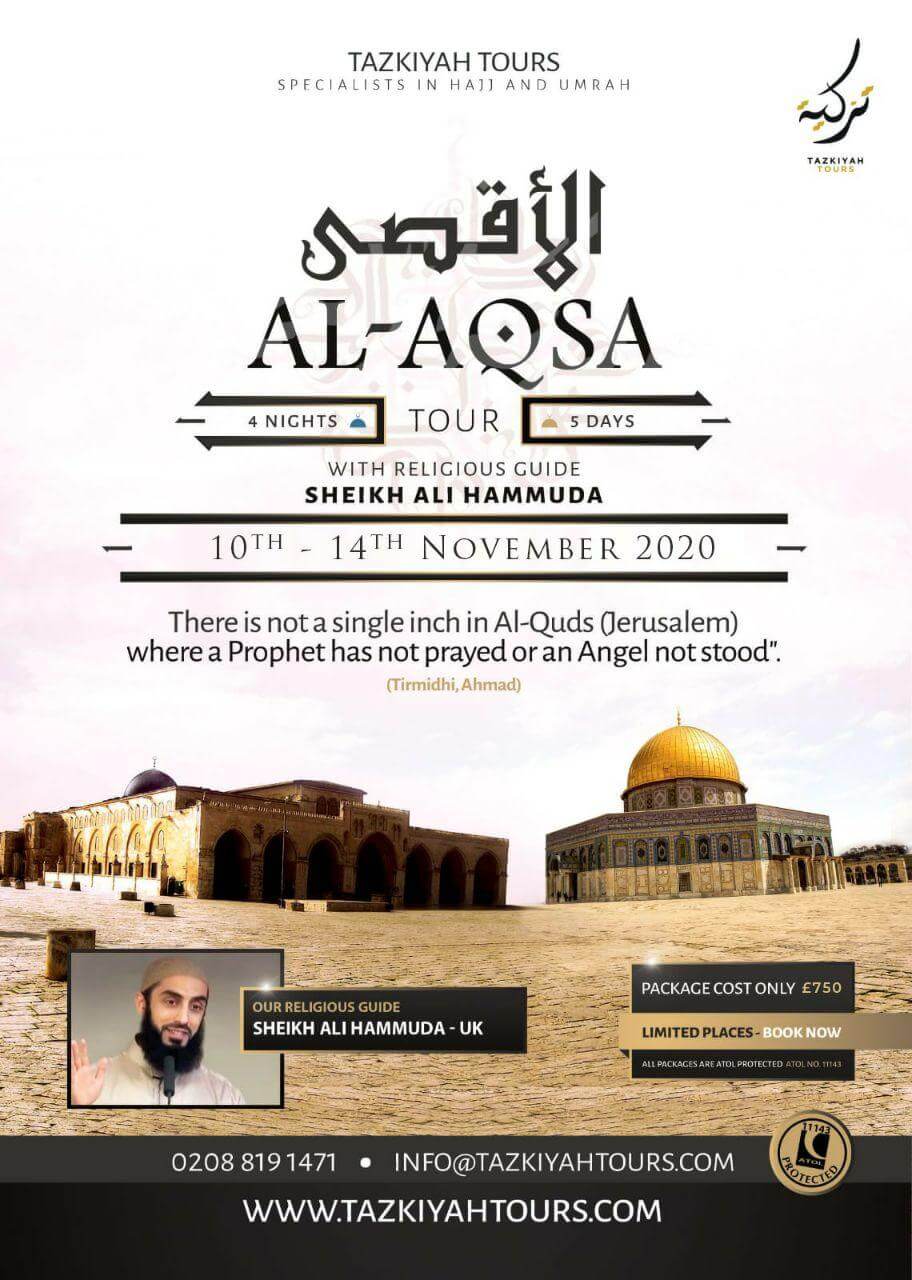 💷 Limited seats available at £750 BOOK NOW and play in instalments.

The HaShimi Hotel is located in the heart of the Old City of Jerusalem. It boasts a beautiful roof top terrace with magnificent views over the city, and an elegantly landscaped garden.

A 275- Year Old Hotel, newly renovated offers a pleasurable experience in a place full of history.

Here, you can explore the Old City staying next to all the main tourist attractions.

You'll also find that The Hashimi Hotel's rooftop has the best panoramic view in town, it's simply breathtaking.

Hashimi is your home away from home.

As you pass through the doors of the Hashimi Hotel, you'll be surrounded by the history and atmosphere of this unique place.

Experience the perfect fusion of modern amenities and old charm of the Old City when you stay in any of our inviting guestrooms.

All accommodations have Free Wi-Fi, A/C heating, and TV for your convenience and enjoyment.

While based at the hotel, discover what makes the Old City a destination many visitors remember forever.

Walk through the historical area of the Old City where it is only a few minutes walk away from all holy sites. 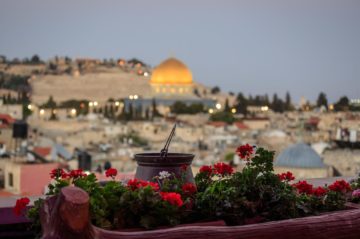 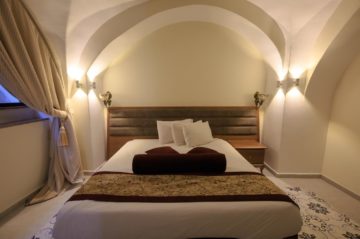 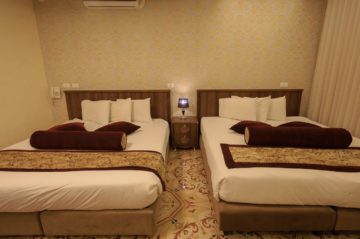 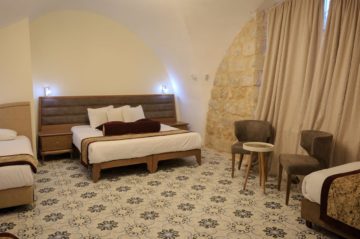 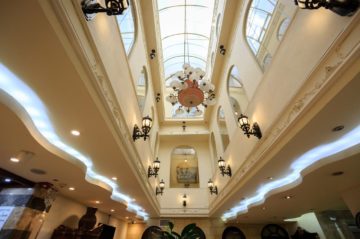 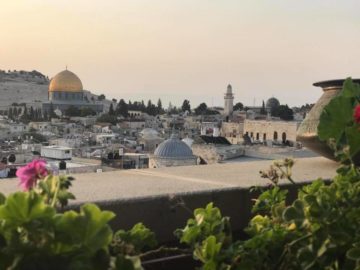 THE IMPORTANCE OF AL AQSA

Masjid Al-Aqsa is an important holy site in Islam, located in the Old City of Jerusalem in Palestine. It’s name translates literally as ‘the Farthest Mosque’. The wider compound includes the Dome of the Rock, seventeen gates and four minarets, and is usually referred to as al-Haram ash-Sharif, which means ‘the Noble Sanctuary’.

It was the second place of worship build in Islam, 40 years after the Kaaba, and is mentioned in the Qur’an as being ‘holy’ and ‘blessed’ in numerous extracts.

“Glorified be He [Allah] Who did take His servant for a journey by night from Al Masjid Al Haram to Al Masjid Al Aqsa, whose precincts We did bless, in order that We might show him some of our Signs. Verily He is the All Hearing, All Seeing.”  Surah Isra (17:1)

the Prophet Muhammed taught followers that they should undertake a special journey to one of three important mosques: Masjid Al-Haram in Mecca, Al Masjid An-Nabawi in Madinah, and Masjid Al-Aqsa in Jerusalem. Prayers in these special mosques will generate amazing blessings and worshippers will receive at least 500 times the reward of Salaah performed in another location. 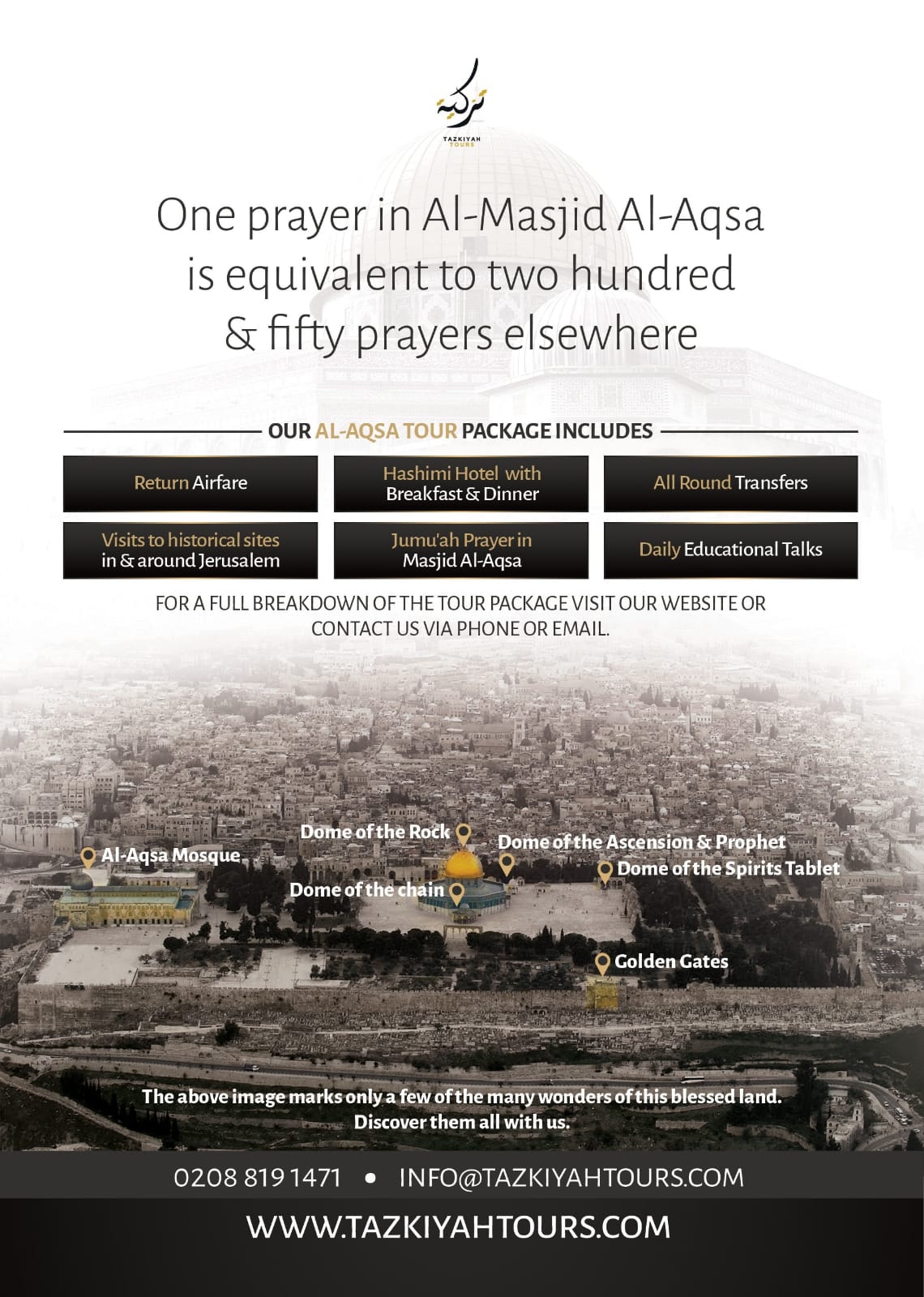 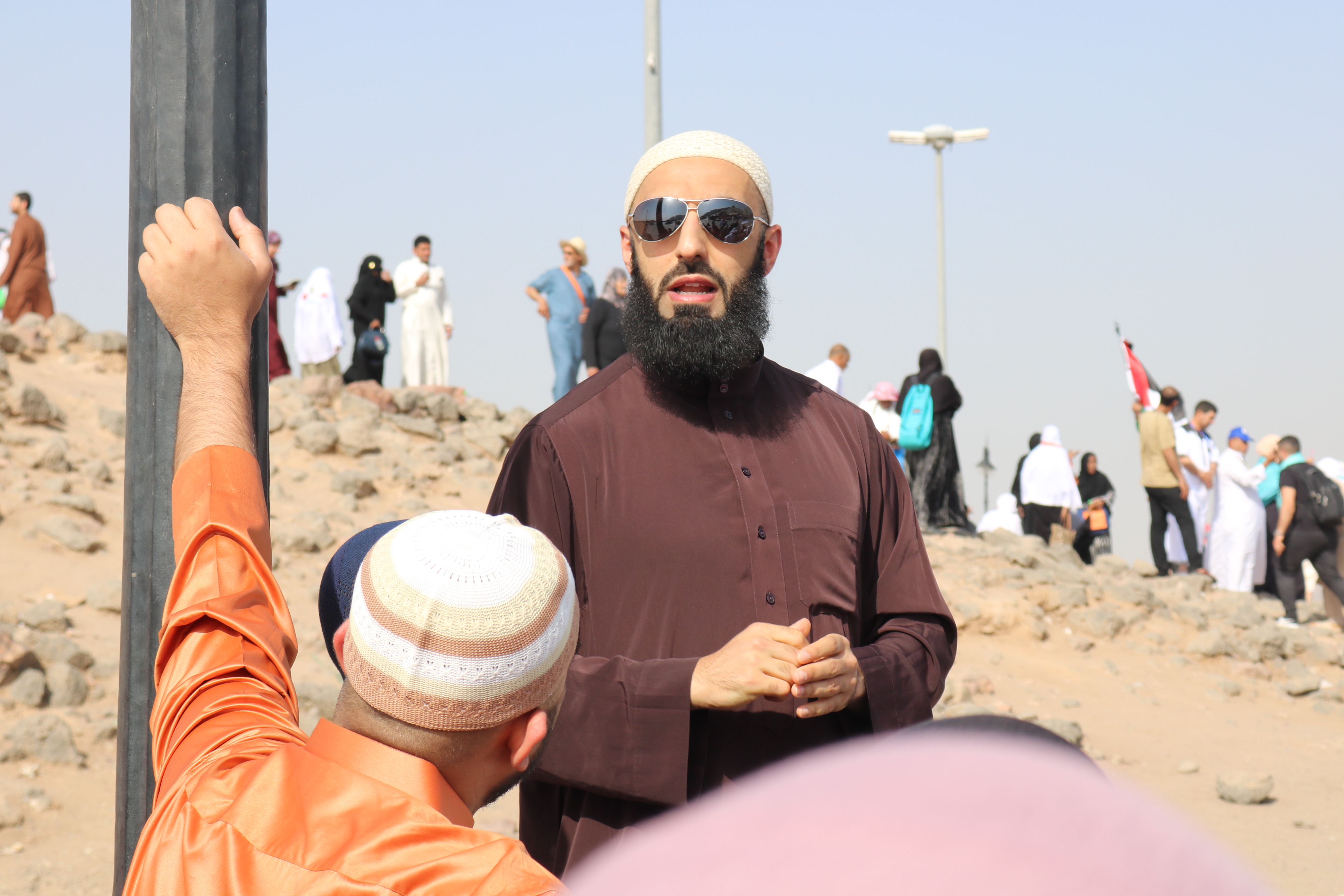 Ustādh Ali Ihsan Hammuda is a UK national of Palestinian origin. He gained bachelors and masters’ degrees in Architecture & Planning from the University of the West of England, before achieving a BA in Shari'ah from al-Azhar University in Egypt.
He is currently based in Wales and is a visiting Imām at Al-Manar Centre in Cardiff, and also a senior researcher and lecturer for the Muslim Research & Development Foundation in London. Ustādh Ali is the author of several books including 'The Daily Revivals' and 'The Ten Lanterns", and continues to deliver sermons, lectures and regular classes across the country.

“Glorified be He [Allah] Who did take His servant for a journey by night from Al Masjid Al Haram to Al Masjid Al Aqsa, whose precincts We did bless, in order that We might show him some of our Signs. Verily He is the All Hearing, All Seeing.” Surah Isra (17:1)